Sands of Mali showed how tough he is making all to win the Group 1 Sprint Stakes on Champions Day at Ascot. We always knew he had a big day in him and it was fantastic too see him win on the big stage. He was given a great ride by Paul Hanagan. He made all and when Harry Angel challenged him in the final furlong he found more and pulled clear to win by a length. A great result for The Cool Silk Partnership and team Musley Bank. 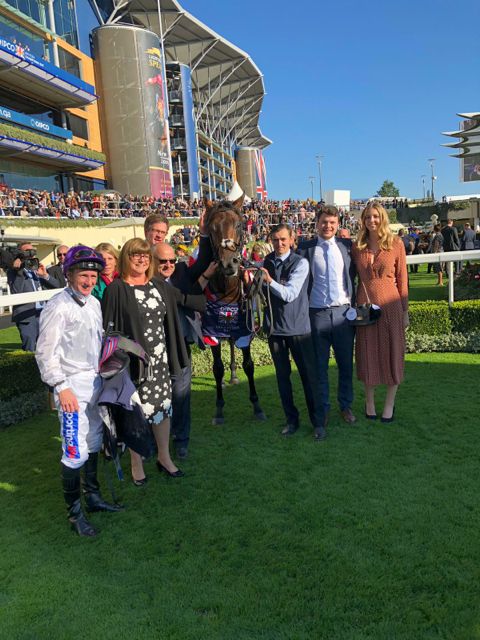 Sands Of Mali followed up his Group 3 success at Chantilly last month winning the Group 2 Sandy Lane Stakes at Haydock. He made all under Paul Hanagan and showed a fantastic attitude when headed by Invincible Army. The pair battled over the final 100 yards and crossed the line together. A photo was needed to separate them and the judge took his time. Sands Of Mali had held on to win by a nose for the Cool Silk Partnership. 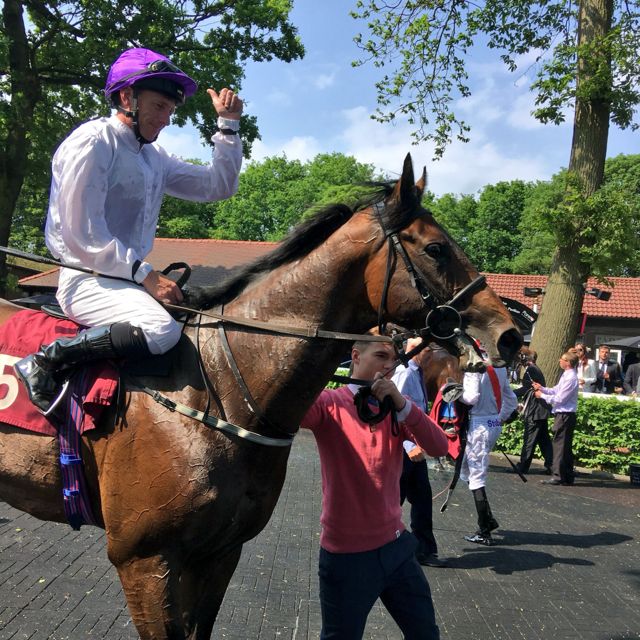 Mr Lupton then won at York in another thrilling finish. He sat last under Tony Hamilton but he absolutely flew down the far side rail over the final furlong and timed his run perfectly to get up and win by a head. A great result for owner Noel Kershaw. 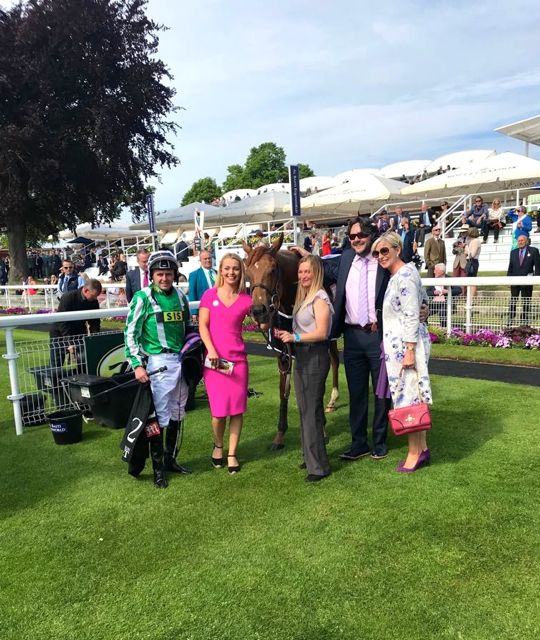 Vange then won by a massive seven lengths at Chester on just his second start. He finished second at Beverley ten days ago and he’s really improved for the run. He made all under Jack Garritty and were never going to be caught. They pulled clear to win for owners Bill and Tim Gredley. 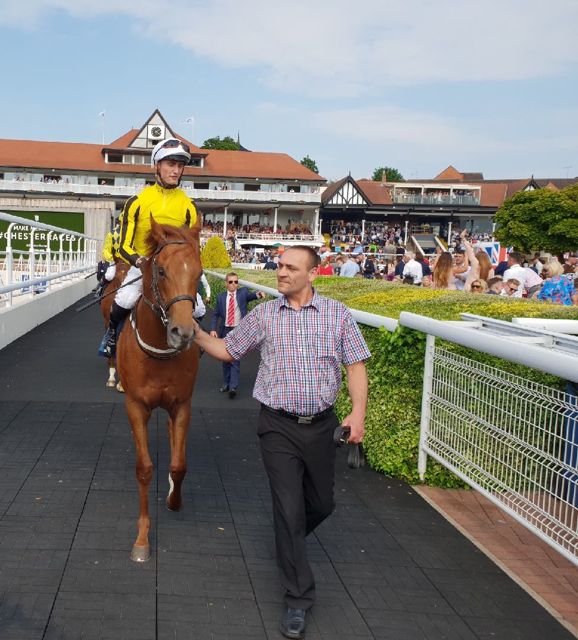 The trip over to Chantilly proved worth while for Sands Of Mali as he won the Group 3 Prix Sigy on his seasonal reappearance. He won the Gimcrack Stakes last year but was disappointing in the Middle Park and he didn’t stay at The Breeders Cup. He’s wintered really well and it was fantastic to get a win into him so early on. He was always prominent and he showed a good attitude when headed to fight back and get up to win by a neck for the Cool Silk Partnership. The Commonwealth Cup at Ascot is on his radar for this season as is the Maurice de Gheest.

The Gimcrack is a race Richard has always wanted to win and he’s finally ticked it off the list. We thought Sands Of Mali would win first time out at York but we had to wait until his second start at Nottingham to get his head in front. The Panis colt is still a shell of a horse and he will only improve with age but it was fantastic to see him win such a valuable race so early on in his career. He got a great start under Paul Hanagan and they were always in front in the far-side group. Paul asked him for an effort approaching the final furlong and he stayed on strongly and pulled clear to win by just under three-lengths. A great day for owners The Cool Silk Partnership and our own Billy Garritty who rides him every day. 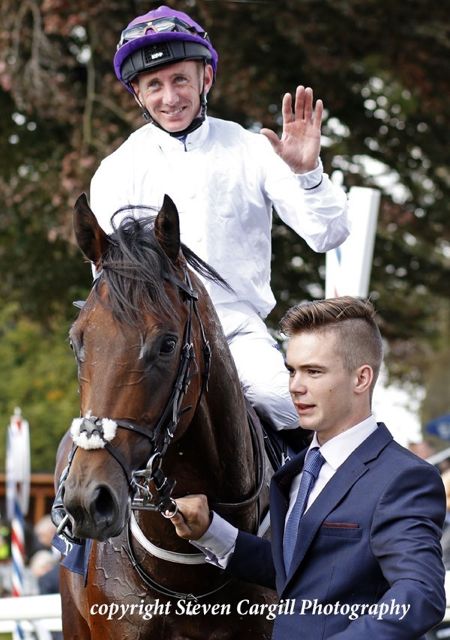 We won the opening two races on the Nottingham card and both were in impressive fashion. Crotchet was making her debut and she’s been going well at home. The Lethal Force filly was held up by jockey Jack Garritty and started to challenge over the final two furlongs. She was switched left and stayed on really well to win by a half a length. The first and second were well clear of the rest of the field. Another good win for Cheveley Park Stud. 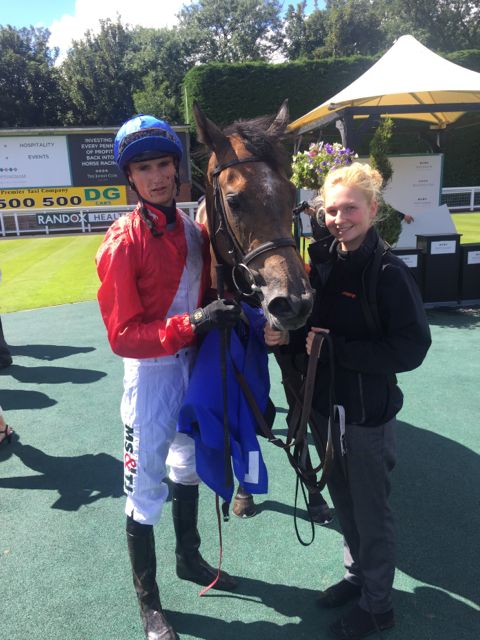 Sands Of Mali then put in a dominant performance on just his second start under Paul Hanagan. The Panis colt tracked the leader and hit the front two furlongs from home. He wasn’t for catching and pulled clear to win by three-and-three-quarter-lengths for The Cool Silk Partnership. 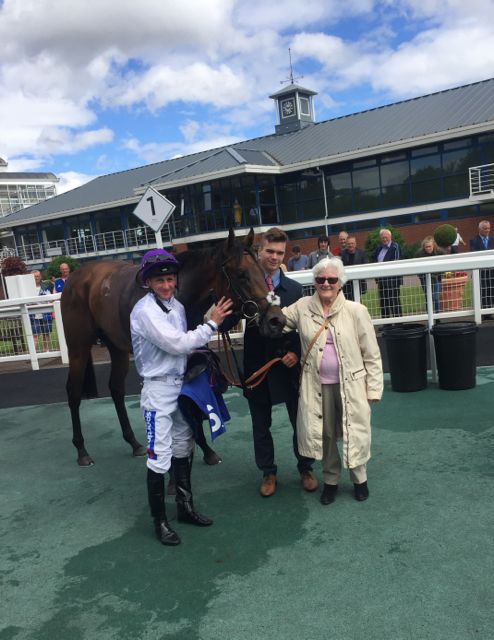