A Breeze Through The Sands

With the first breeze-up sale of the year less than two months away, we thought we’d take a look back at one of the most successful breeze-up purchases to be trained at Musley Bank.

Latterly described by the TDN as, ‘one of the best horses of his generation,’ Sands Of Mali arrived with us in the spring of 2017, having been knocked down to Stroud/Coleman Bloodstock & Cool Silk Partnership for £75,000 at the Tattersalls Ireland Ascot Breeze-Up Sale in April. Hugely impressed by the horse’s breeze, Matt Coleman described the colt as a ‘weapon’.

Prepped for this breeze by King Con Marnane of Bansha House Stables in County Tipperary, the son of Panis unofficially clocked the fastest time of the entire catalogue. Marnane, who has sold great horses such as Rio De La Plata (three-time Group 1 winner), Fleeting Spirit (2009 July Cup), and Teppal (2018 French 1000 Guineas) had always ‘loved his attitude’, expressing in 2017 that SOM, from the start, ‘did everything right in his work’.

In conjunction with his pedigree; by a little known son of Miswaki and out of an unraced Indian Rocket mare, Marnane did not pluck S.O.M from one of the better known yearling auctions. It was at the 2016 Osarus September Yearling Sale where Marnane bid just €20,000 to secure the then named Kanizzi[1]. Panis was unfashionable, but King Con knew the family well – having bought S.O.M’s half-brother by Hurricane Cat for €16,000 at the same sale the previous year. This horse, latterly named Kadrizzi, developed into a 107-rated sprinter for Dean Ivory – his marquee success coming at the 2016 Shergar Cup.

With Kadrizzi’s performances on track and his impressive breeze behind him, S.O.M crossed the threshold of Musley Bank with plenty in his favour. Trainer Richard Fahey recalls his first impressions of the horse:

“Naturally, coming from the breeze-ups, he was a little keen and gassy when he first came. However, once he settled into his surroundings and routine, he matured into a gentleman. He was a very honest, sound type that was blessed with bundles of natural ability.”

Down the field on his racecourse debut at York in the July of his juvenile season, S.O.M won his Novice the following month at Nottingham by a facile 3¾ lengths. Thrown into the Group 2 Gimcrack Stakes on his next start, he defied his 14/1 odds and produced a hardy and strong-staying performance to win going away (see Figure 1). 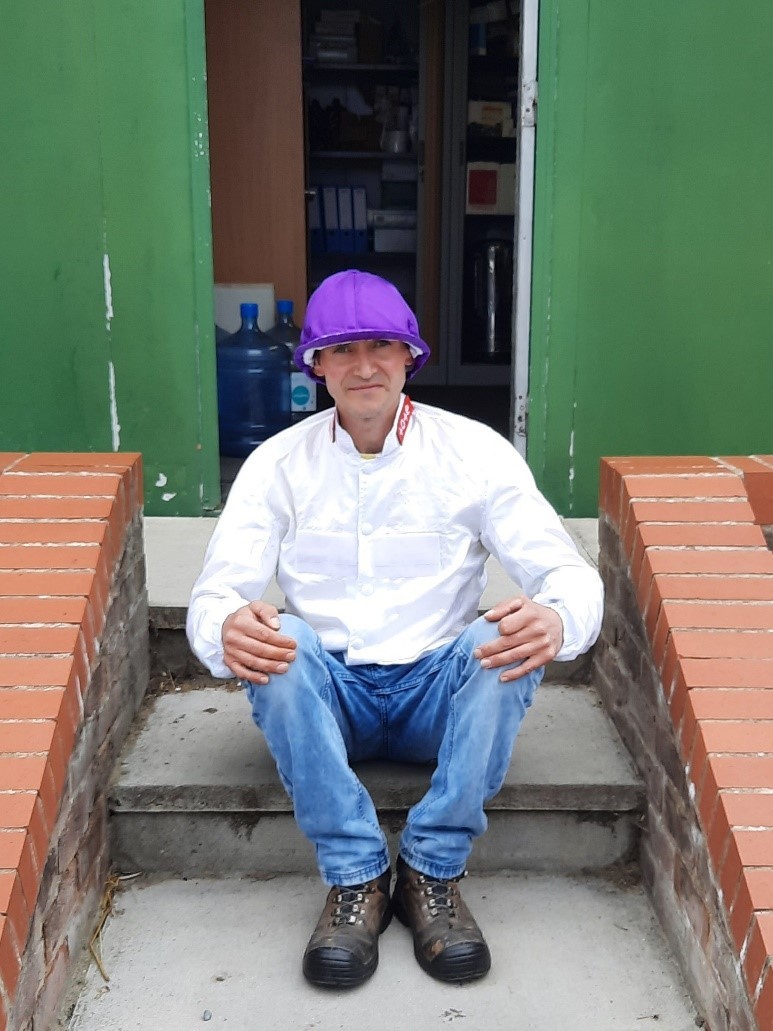 Sands Of Mali remains Roland Chowanskis favourite horse. He was with him for his Ascot triumph

Two disappointing final runs as a two-year-old were quickly dispelled the following season with back-to-back victories in the Group 3 Prix Sigy at Chantilly and the Group 2 Sandy Lane Stakes at Haydock. As his regular rider Billy Garritty explains, the horse improved for his winter break, becoming a, ‘bigger, stronger horse where we felt we had even more to work with.’ His third run of 2018 saw him head to Royal Ascot and the Group 1 Commonwealth Cup – the race for three-year-old sprinters. Racing on the stands side in the smaller of two groups, S.O.M finished hard and fast, but not quite fast enough to reach the Shadwell-owned Eqtidaar. Two further runs in Group 1 company were followed by a decent fifth placing in a vintage renewal of the Group 1 Sprint Cup at Haydock (see Figure 2). This set him up for his finest hour – a front-running victory over the champion sprinter Harry Angel in the Group 1 British Champions Sprint at Ascot on Champions Day (see Figure 3). As jockey Paul Hanagan explains, his mount was well-suited to a prominent racing position:

“He didn’t like you fighting him – he just like to get on with things. He had a deadly combination of a huge stride and a very high cruising speed, as he showed at Ascot. I knew at half-way that day that we’d take some beating because of the way he had relaxed and was galloping out in front.”

A magical day – but he would sadly never scale the same heights again. Retired mid-way through the 2020 season, he was taken to Tattersalls for their December Sale where he passed through the ring for 600,000gns in order to ‘Dissolve A Partnership’. Resultantly, he now resides as a stallion at Ballyhane Stud in County Carlow, where he covered 156 mares in his first book (see Figure 4). It was ever since his maiden victory at Nottingham that Stud Manager Joe Foley had the horse earmarked as a future stallion. Foley remarked that, ‘his three-year-old career indicated that he was a sprinter of the highest class, with a tough and genuine demeanor. Along with his good looks and pedigree, he showed us that he had the potential to become an impressive stallion.’ Currently standing for a fee of €5,000 and in the thick of his second covering season, his first foals are now on the ground (see Figure 5). Foley reports that the foals born so far, ‘all appear to have his shape, which is obviously a good sign. They look to be athletic and good-looking, just like their sire.’

And so the cycle is complete; from yearling, to breezer, to Group 1 winner, to stud, to stallion with living progeny. Musley Bank was extremely fortunate to have such a talented animal stand in it’s boxes, walk it’s paths and pound it’s gallop. Our trainer, upon the time of the horse’s retirement, summed him up as, ‘a brilliant sprinter and a true Group 1 horse.’

Our purchasing team will be heading to the Tattersalls Craven Sale on April 11th with the hope of unearthing the next Sands Of Mali.

[1] all French foals are named at birth

Murtagh Gets Loose!! LET HER LOOSE

Strait and True!! STRAITS OF MOYLE

A View from the Boundary