How did you first become involved in the breeze-up scene?

It all started about 30 years ago. It would have been one of the first breeze-up sales at Doncaster; then operating under the Doncaster Bloodstock Sales banner. I turned up with a draft of eight horses on my first attempt as a consignor.

I had a good bit of success over my first 5 years selling breeze up horses and sold plenty of winners, but in those days they were just cheap, sharp horses. After I finished being a consignor I started helping Peter Easterby, Mick Easterby and Richard Fahey as a bloodstock agent.

How has the discipline changed from those first sales?

Over the years the breeze-up sales have grown substantially, and the quality of horse has improved no end. There have been so many successful breezers in recent times that demand has soared – meaning that more and more bigger spenders come to auction each year.

As soon as Tattersalls saw the strides DBS was making in those early days, they joined in and from there the format has grown to become a global phenomenon and an integral part of the racing and bloodstock industries.

The breeze-ups have evolved from a second-chance sale for horses that struggled or didn’t sell as yearlings, to an event where some of the best bloodstock around is put to breeze.

How do you approach a breeze-up sale?

The way in which we work the breeze-up is very similar to how we work every sale. We start with a close study of the catalogue which we receive well in advance of the sale. Fortunately, we will have already seen about 90% of the horses on show because of the work we put in at the yearling sales. We therefore have a good idea of what each two-year-old looks like and whether we’d made any particular observations about them the previous autumn.

The next step is to find a sound horse that we will be able to train; because although we inspect the horse after it has breezed, soundness is the biggest box we must tick. The goal is to find a sound trainable horse and we are satisfied with the way he breezed.

We also get access to the times ‘unofficial of course’ these can be useful as a guide to the horses potential and how much you are going to have to pay for the horse.

How do you go about choosing one breeze-up horse over another?

The thing you must remember when comparing horses breeze is that every horse has had a very different preparation. Some farms are renowned for achieving the fastest times each year, whereas other farms leave plenty in the locker – content to see their horses gallop straight without breaking any records. Knowing what people are doing with their horses comes with experience and through building rapport with vendors.

We are very lucky that we do plenty of business with these vendors throughout the year and so we can rely on them to be fair and honest when the time comes.

I believe the understanding we have with many consignors, alongside not picking the obvious horses and looking for unrealised potential are the two main reasons to explain why Richard and I have had so much success in purchasing breezers.

Can you tell us about some of the best breezers you’ve brought back to Musley Bank?

It all started with a daughter of Pastoral Pursuits, Rose Blossom. We bought her off Ballyhane Stud for £21,000 at the Doncaster sale in 2009. She quickly showed us she was a very fast filly and went on to prove she had a lot of class as well. Her finest win was as a three-year-old in the Group 3 Summer Stakes at York, a track where she also finished fifth in Sole Power’s first Nunthorpe.

Another Pastoral Pursuits we had success with was Marine Commando. He was bought for £34,000 in 2010, again at Doncaster, but this time out of the Knockanglass Stables draft. I remember he was a bit hot and keen when he first arrived, but you would have expected that from a Pastoral Pursuits. He soon settled down and won us a Windsor Castle at Royal Ascot just a couple of months after we purchased him.

In 2012, we were lucky enough to bring Garswood home from the Tattersalls Craven Sale when his vendors, Yeomanstown Stud, failed to find a buyer for him. We had loved him as an individual. He was a very correct and good walking son of Dutch Art, with a lovely amount of scope to work with. He didn’t breeze all that well on the day (probably down to his extremely laid-back temperament more than anything else) but once we worked him at home, we saw what he was capable of. We subsequently sold him to David and Emma Armstrong, on behalf of the vendors, and the good times soon followed!

There’s also been Barefoot Lady from Grove Stud – she won us a Nell Gwyn and a Group 2 out in Canada. Glen’s Diamond – bought out of France by my cousin Bobby, he went to win a Yorkshire Cup over 1m6f in the mud.

Some very decent horses including Heaven’s Guest, Third Time Lucky, George Bowen and not forgetting the brilliant Sands of Mali and Summer Sands for The Cool Silk Partnership.

I guess the most recent success story has been Perfect Power. A complete natural from his first day on the yard, like Garswood, he has the most unbelievable temperament. His breeze at Goffs was very good, but he didn’t break the clock – I believe he was around the 20th fastest on unofficial times. He is like that at home though. In his work he is a horse that will do just enough and always keeps a little bit back for his races. It suits us just fine!

There are lots of other horses I haven’t mentioned. Richard has trained 304 winners from the breeze-ups, including 48 pattern performers, so unfortunately, I can’t give them all a mention here.

We are looking forward to heading to the sales next month to see if we can unearth some more winners. We are lucky to be involved in a sport where the most expensive and obvious horses aren’t the best and the cheapest ones aren’t the worst! I am a big believer that it all comes down to balancing risk with value. This is my philosophy for every sale. The only difference between the yearling and the breeze-up sales, is the extra jigsaw piece of the breeze. 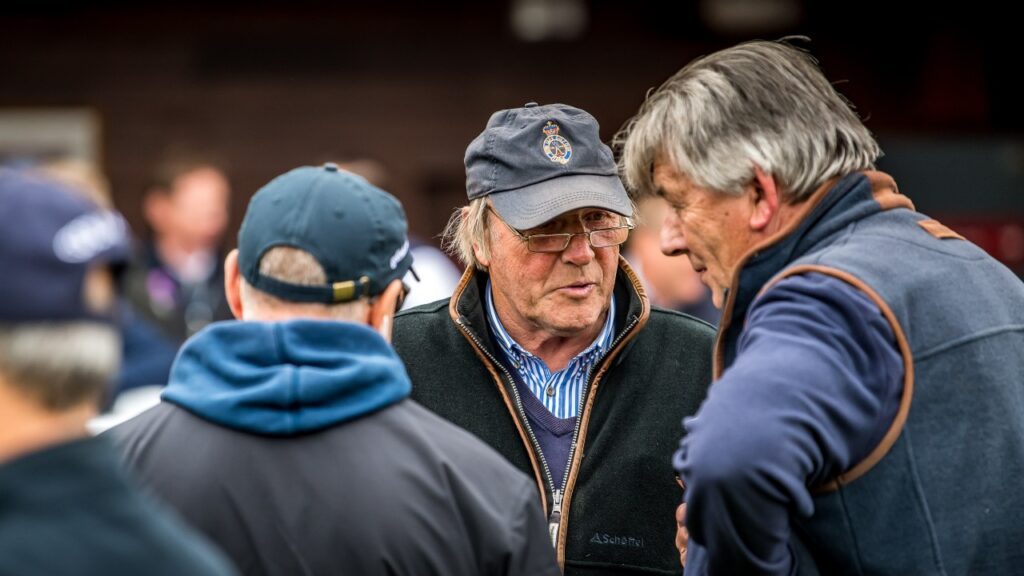