What a horse Ribchester is. He has been on the go since travelling to Dubai in March this year and he’s still going strong. He put the disappointment of Goodwood behind him to but in another dominant performance in the Group One Prix du Moulin in Chantilly. William Buick is injured so James Doyle took the ride and he rode him with confidence. He sat just behind the leader and probably found himself in front a bit too soon he was travelling so well. He does get lonely out in front and when he was challenged by Taareef it spurred him on again and he pulled clear to win by three-quarters-of-a-length. We will now get him ready for Champions Day and the Breeders Cup mile although there is only two weeks between these two races. 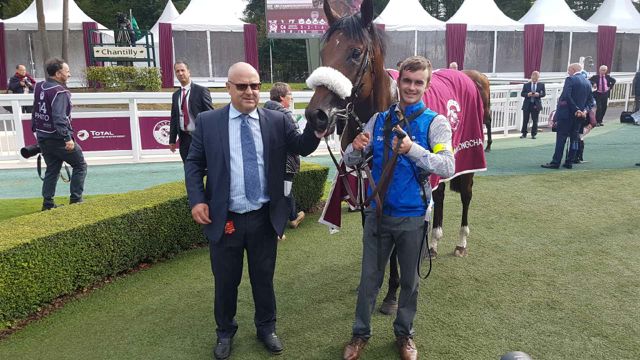