Lucky Lucky Man won his second race in his last three starts in the mud at Catterick on Tuesday. Despite ducking right at the start he was settled in midfield. He began to make headway and chased leaders coming around the home turn and went second with every chance two furlongs out. He was then ridden to lead over a furlong out and managed to hold off and win a sustained battle with runner-up to score by half-a-length under jockey Barry McHugh. Congratulations to owners The Musley Bank Partnership. 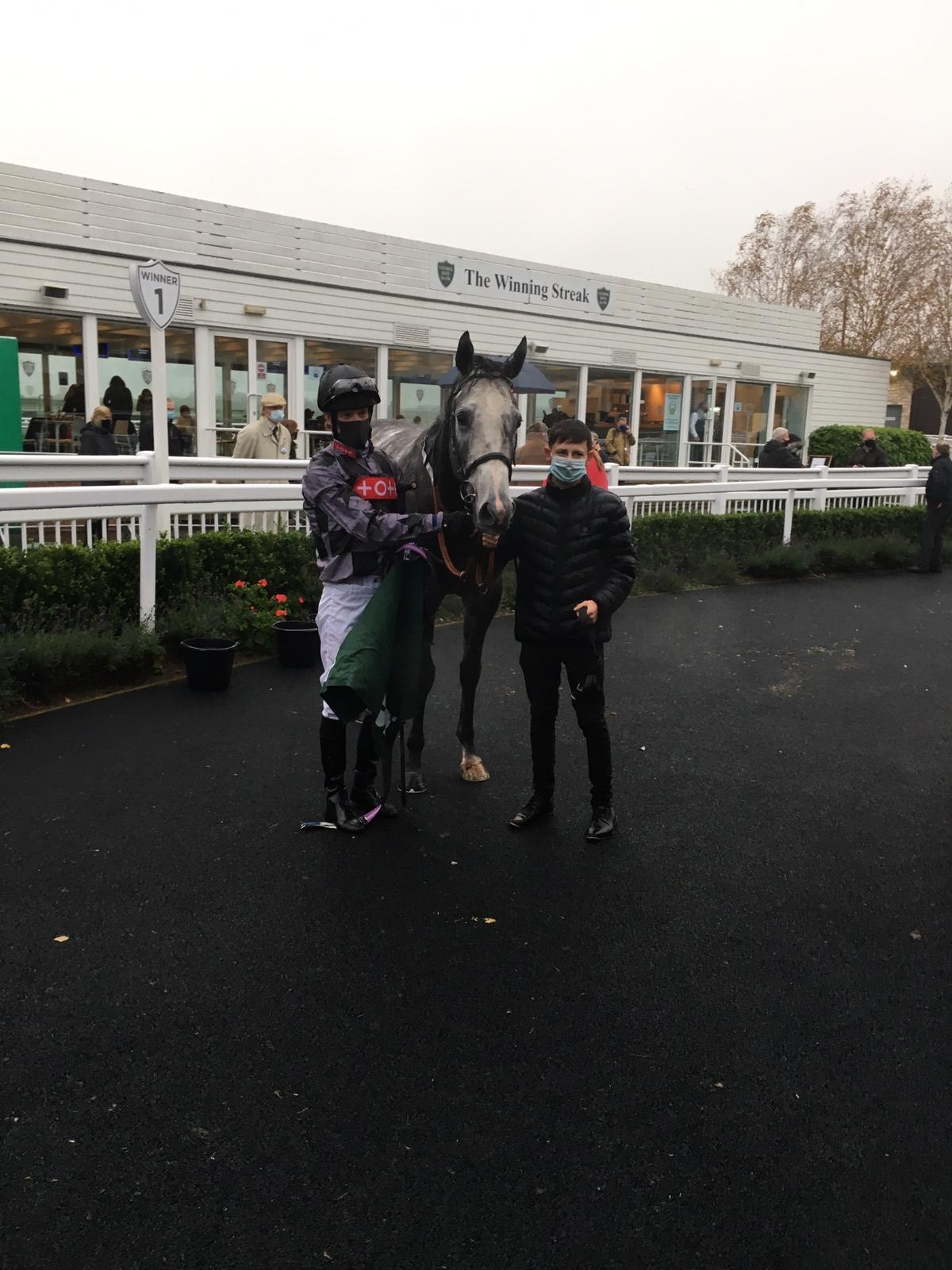