Gabrial’s Kaka won the Spring Cup for a second time but on this occasion it was at Chelmsford. Richard had been unsure whether to run the six-year-old after the race was switched to the all-weather after Newbury was forced to abandon. After seeing there was just seven runners we decided to run and it’s a good job we did. He tracked the leaders under Paul Hanagan and made good headway two furlongs from home. He lead inside the final furlong and stayed on strongly to win by a length and three quarters. 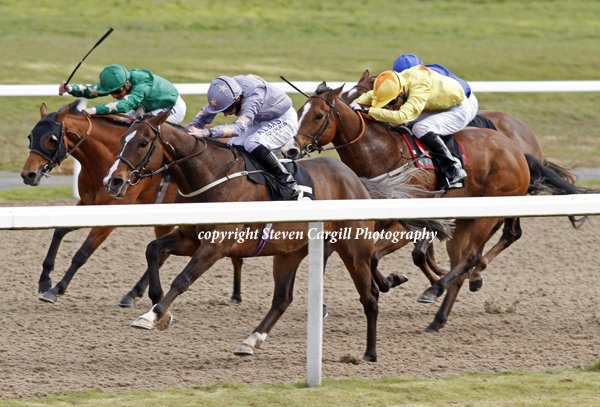