George Bowen has been running consistently well this season and he was the impressive winner of the Scottish Steward’s Cup. He was held up in mid-division by apprentice jockey Seb Woods and was always travelling strongly. He made headway over the final furlong and pulled clear to win by two-and-three-quarter-lengths for owner Mick Scaife. 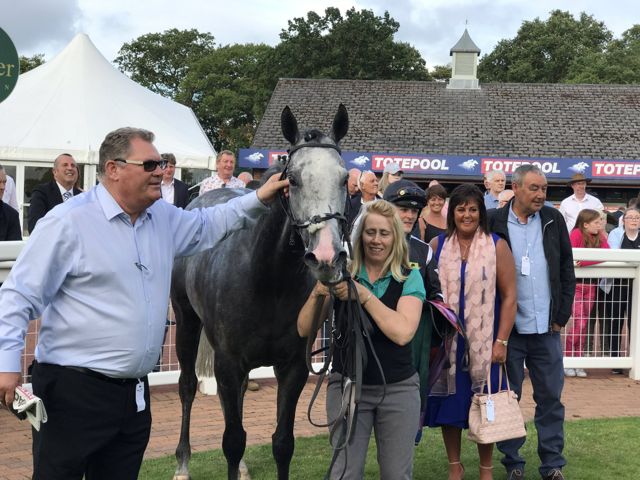 We then doubled up at the track with Spray The Sea who picked up the first win of his career. He tracked the leaders under Connor Beasley and had the lead a furlong out. He stayed on really strongly to win by three-and-a-half-lengths for owner David Armstrong.

We had another first-time-out two-year-old winner with Metallic Black at Pontefract. The Bated Breath-colt raced keenly under Tony Hamilton but made all and won my an impressive four lengths. A great result for owner and breeder Malih L Al Basti.