Firewater got his first win of the season up at Ayr on Thursday, scoring by three quarters of a length under a determined ride by apprentice jockey Billy Garritty. He was settled close up and asking for an effort to chase down the leader over three furlongs out. Despite losing second over two furlongs out he soon rallied and took a lead he wouldn’t surrender inside the final furlong. Congratulations to owner breeders Norman and Helen Steel. 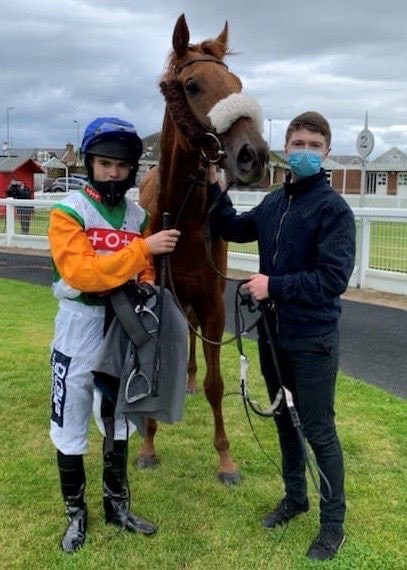