It was beginning to look like one of those Saturday’s when things just wouldn’t go right but then Farham won at Haydock. We’ve been stop start with him ever since he arrived to Musley Bank but he’s finished second and fourth on his first two starts this season and finally got his head in front. He tracked the leaders under jockey Sammy Jo Bell and made an effort on the inside rail. He didn’t get the clearest of runs but stayed on well and held off a late challenge by Zaria to win by a short head. A great result for the Matthewman One Partnership who’ve had to be patient with this horse. Alan and Hazel were at Haydock to welcome him back into the winners enclosure. 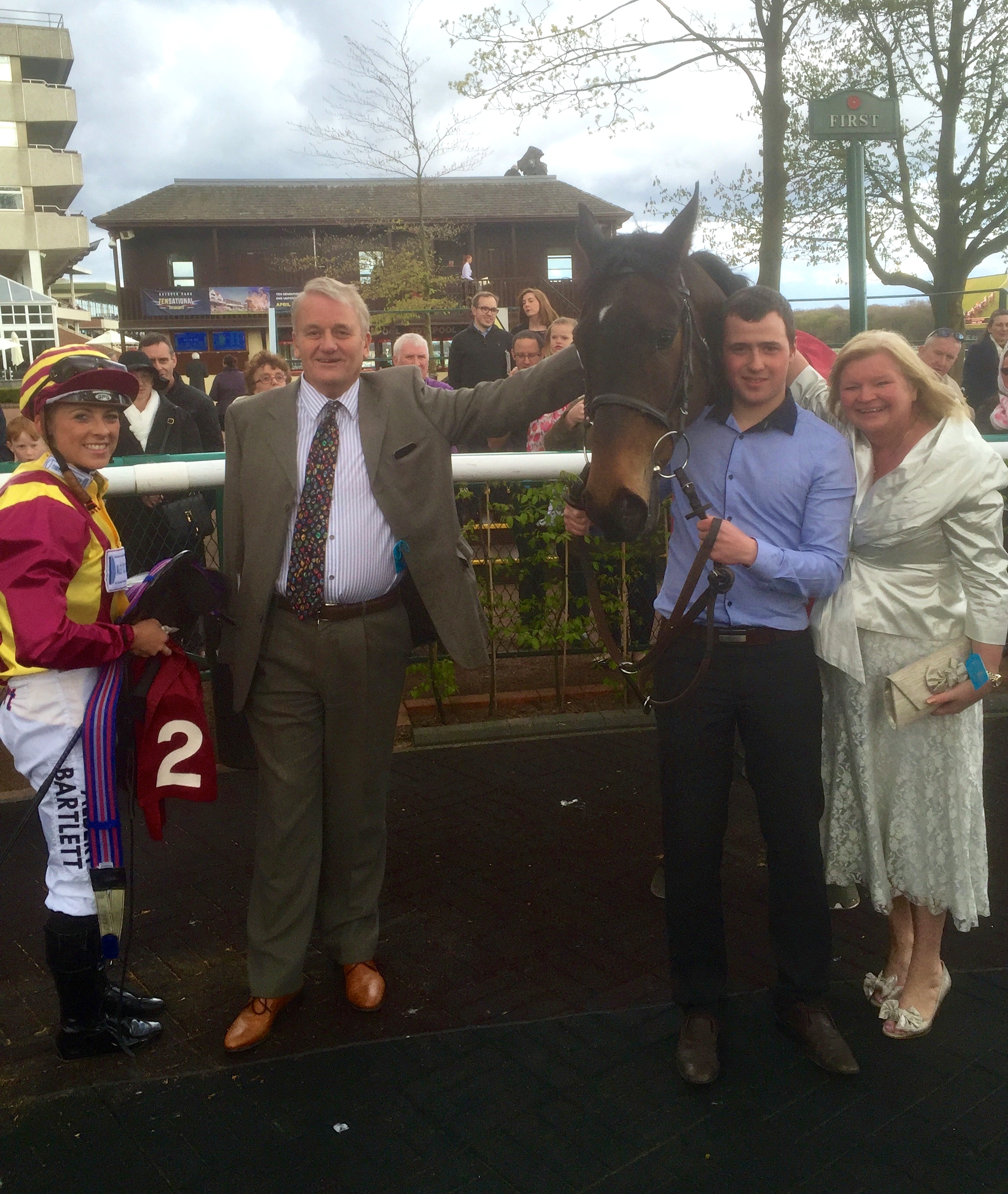