Carnageo secured his first win of his career with a sex length victory at Ripon. He was lightly raced as a two-year-old, he grew a lot and is a big imposing horse. Richard has described him as a bit ‘thick’ it’s taken him a while to realise what he’s meant to be doing at the racetrack but the penny has finally dropped. He was always prominent and took up the lead two furlongs from home under jockey Tony Hamilton. They pulled clear of the rest of the field and ran on strongly to win impressively. The Up For Anything Syndicate were there to welcome him back to the winners enclosure. 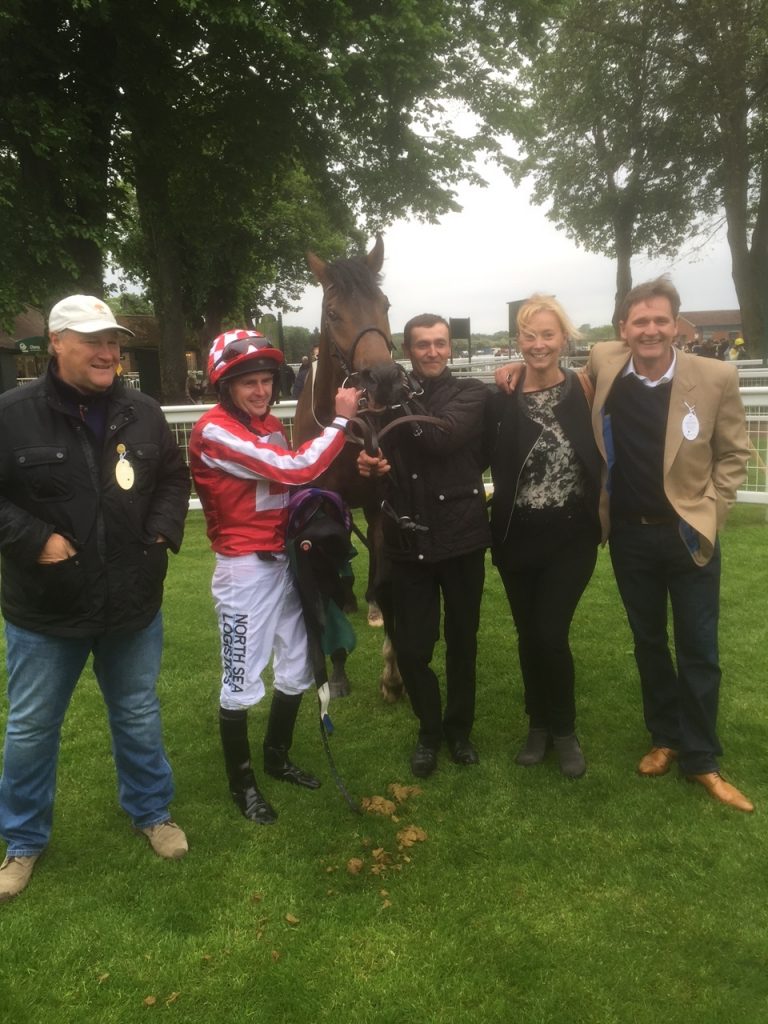