Brian The Snail became our first winner after the resumption of racing with a hard fought success at Newcastle. He was settled in midfield under jockey Tony Hamilton. Entering the final furlong he was  driven into a dispute of the lead alongside the Middleham Park Racing owned horse Yousini. In what ended up being a great seesaw battle Brian managed to get his nose down on the line and get his well deserved win. Congratulations to Brian’s owner Dr Marwan Koukash. 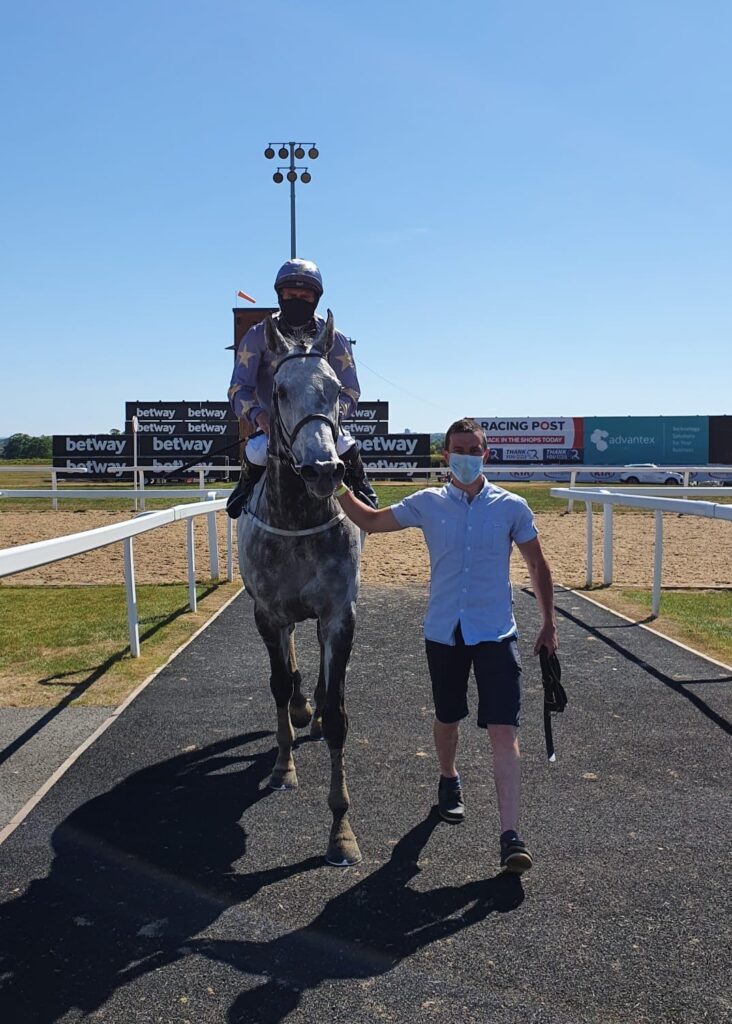