Mr Lupton and Shark Two One completed a successful double over at the Curragh on Sunday. With Mr Lupton showing that while form maybe temporary class is always permanent, while Shark Two One showed he will be a horse to follow after impressively breaking his maiden in a very competitive sales race.

Mr Lupton showed his class by winning The Bold Lad Sprint Heritage Handicap. He was always chasing the leaders over on the far side. He began to move closer to press the leaders two furlongs out and soon was disputing the lead. He was then ridden to lead in the final 150 yards and pushed clear. He kept on well to score by half-a-length under a great ride from jockey Colin Keane. Congratulations to owners N D Kershaw & Partner

Shark Two One then went and showed how good of a horse he is by winning the Tattersalls Ireland Super Auction Sale Stakes under another great ride from Colin Keane. He chased the leaders and travelled well into the race going second two furlongs out. He then led approaching final furlong and was briefly clear, although the advantage was reduced in the closing stages, he managed to win by a short-head. Congratulations to owner Isa Salman Al Khalifa.

With the current situation we would also like to give a big thanks to Richard Brabazon and his wonderful team who looked after all our horses so well over the weekend in Ireland. It was much appreciated. 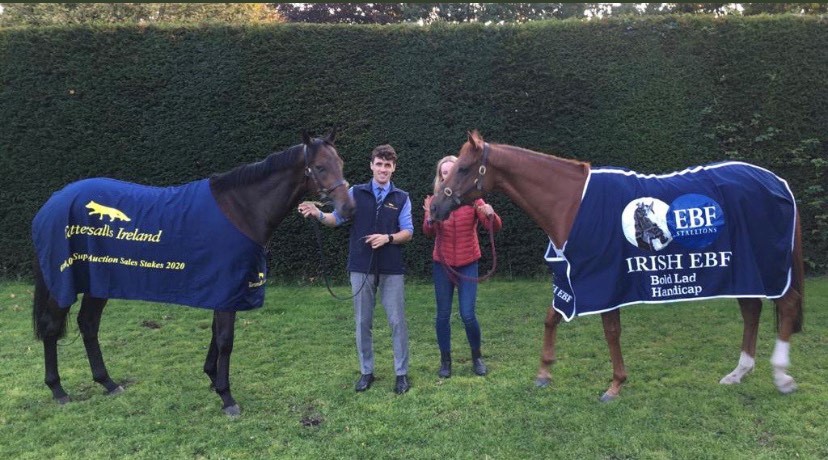