Dose picked up the first win of her career at Southwell. She’s always been a consistent filly, she’s been placed five times but had failed to get her head in front. She was previously owned my Cheveley Park but now runs for the Richard Fahey Ebor Racing Club. Sent off at 6 to 1 she was always prominent under Jack Garritty. They hit the front before the final furlong which was probably a bit sooner than ideal but she showed a great attitude when challenged all the way to the line by Playful Dude. She stayed on gamely to win by  short head. 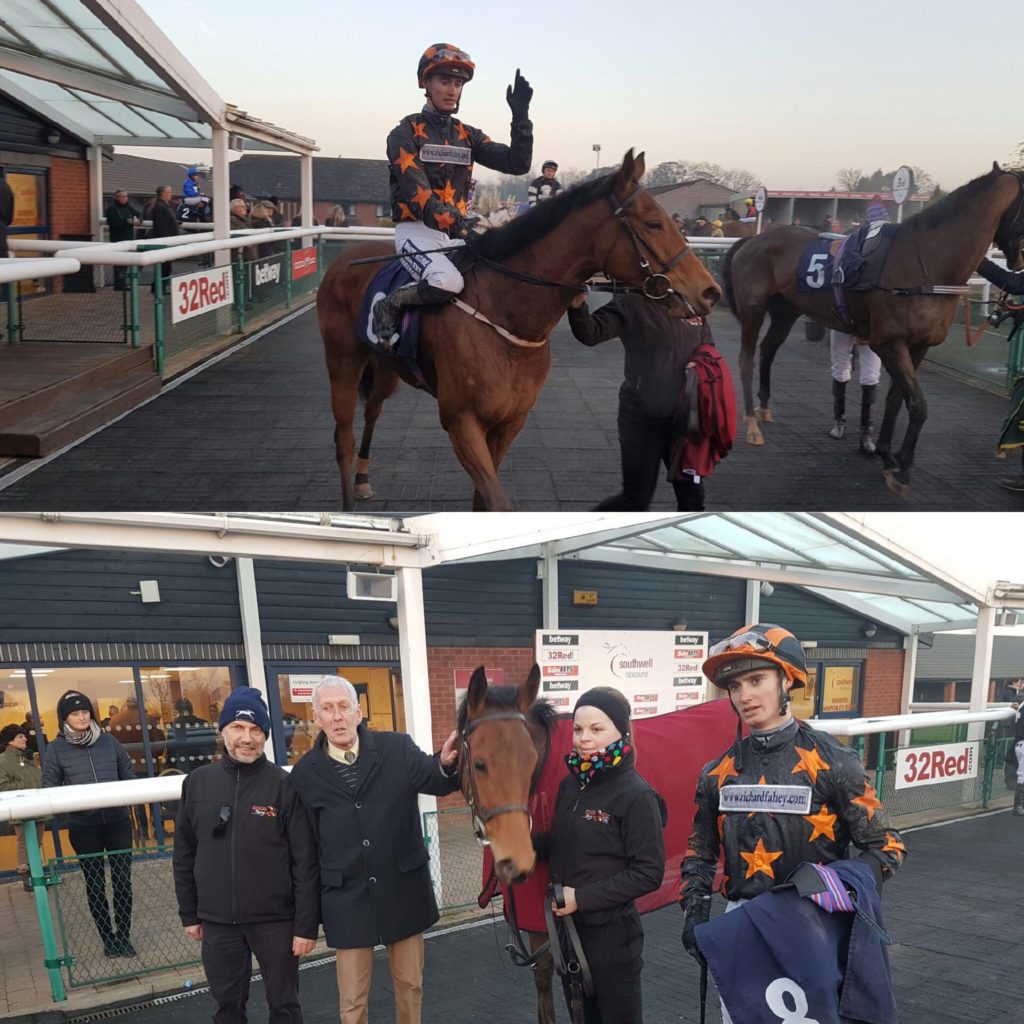