It had been a frustrating day, we were on 99 winners and we couldn’t seem to find that elusive winner despite runners at several tracks. It took to penultimate race at Chester for that to change. Gabrial The Tiger is getting in the habit of winning and he likes doing it from the front. He’s now won on his last three starts each time under jockey Adam McNamara. They had a terrible draw at Chetser in 10 and had no choice but to bounce out the stalls and try and get the best position possible. This happened to be at the front and the pair made all. His rivals tried to catch him on the turn for home but the Tiger wasn’t for catching winning by three-lengths. Owner Dr Marwan Kouash was at his favourite track to welcome him back into the winners enclosure. 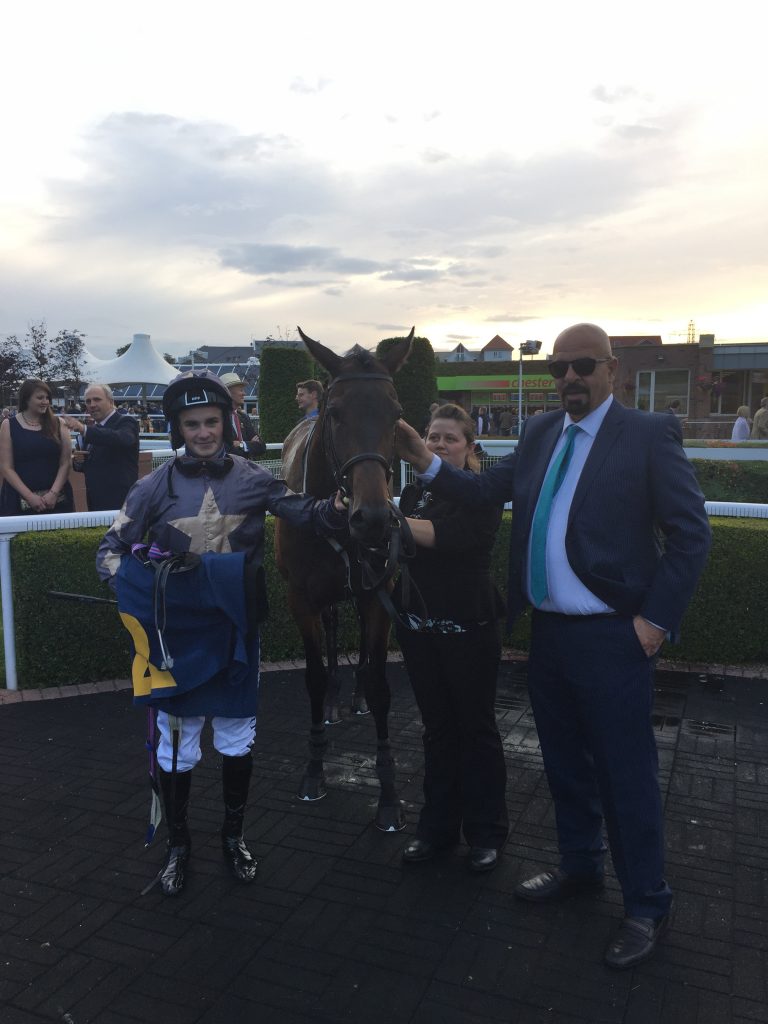 It’s been another fantastic season so far for team Musley Bank who work so hard. Lets hope it continues for the second half of the season. Thank you to all of our staff, owners and horses.