Ventura Diamond continued to show what a special filly she could be by winning the Listed Bosra Sham Fillies Stakes at Newmarket on Friday. She was settled in behind but always pressing the leaders. She was shaken up and ridden to take the lead two furlongs out. She edged over left with a furlong to go and despite being involved in a sustained duel with the runner-up during the final furlong, she kept on well and won gamely by a neck under a tremendous ride from Silvestre De Sousa. Huge congratulations to owners Middleham Park Racing XXVIII. 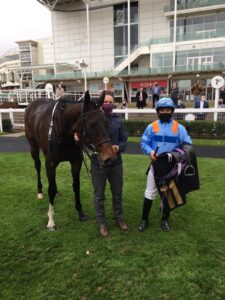 Grace and Virtue and Ventura Diamond continued the yard’s good form on Friday by giving us a second double in the space of three days at Pontefract and Goodwood respectively.

Grace and Virtue broke her maiden at the sixth time of asking under a perfectly timed ride from jockey Tony Hamilton.  Settled at rear of the field after a slow start she was asked for an effort two furlongs out and once she was switched right she managed to make progress. She made good headway in the final furlong to take the lead in the final stride. Congratulations to owners Kaniz Bloodstock Investments Ltd

Ventura Diamond followed up her good debut effort by winning at Goodwood on her second start for owners Middleham Park Racing XXVIII. Settled in a prominent position and always tracking the leader she was asked to quicken with two furlongs to go and kept on gamely to take the leader with 100 yards to go. She ran on to take the victory by one-length under jockey Oisin Murphy. Congratulations to all involved with her. 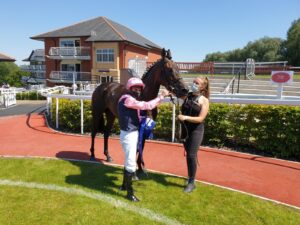 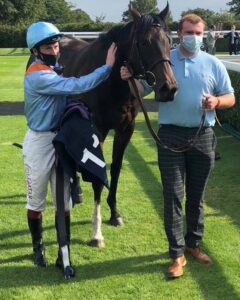 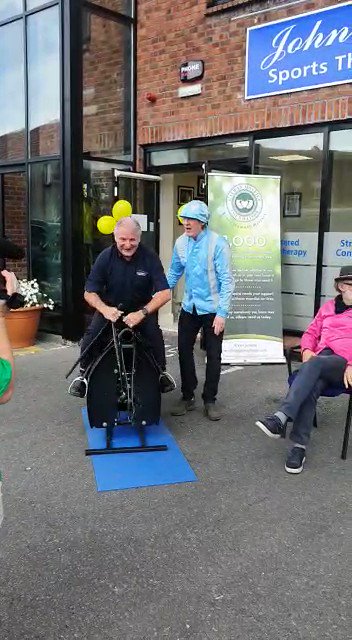 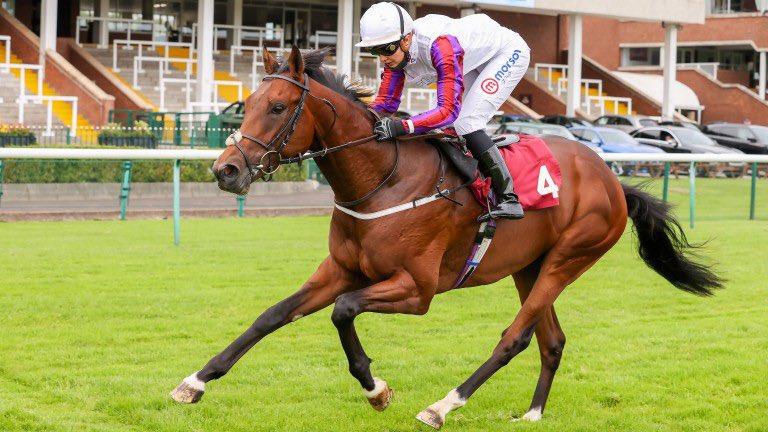