Rashford’s Double made it three wins on the bounce when winning at Nottingham. He was held up towards the rear of the field by jockey Adam McNamara. They made headway over the final three furlongs and challenged for the lead approaching the final furlong. He stayed on strongly and got up to win by a head. There were plenty of members of Middleham Park Racing there to welcome him back into the winners enclosure. 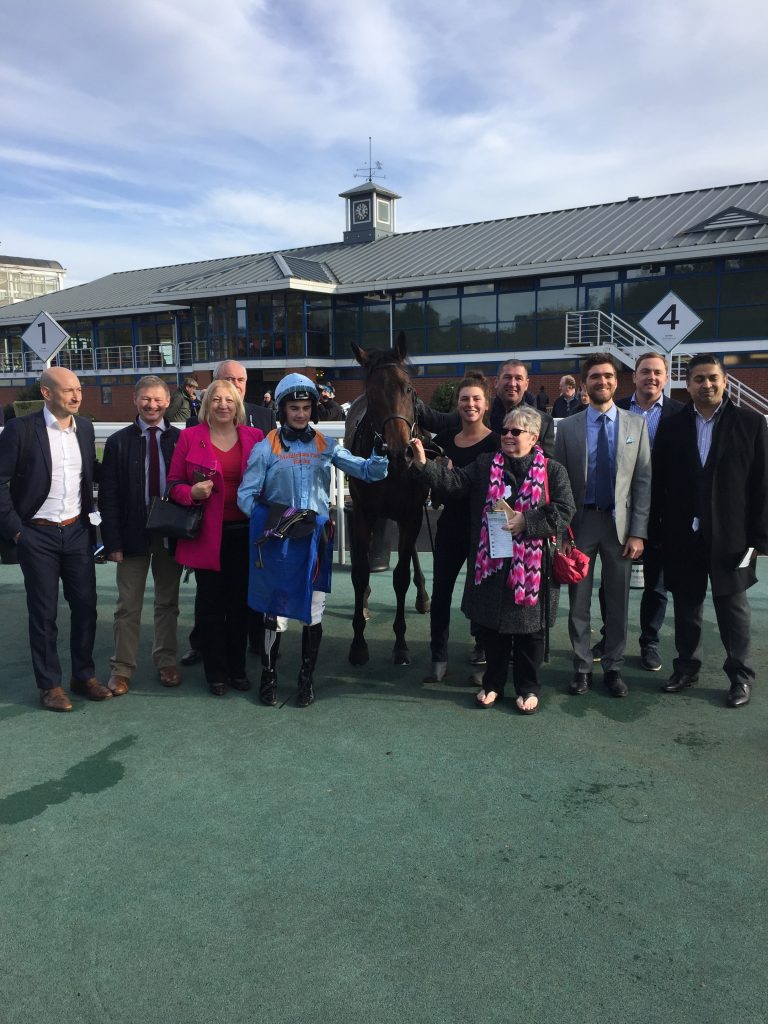 Ballesteros picked up his second win in a row. Again Adam was in the saddle and he timed his challenge perfectly. They tracked the leaders and made their move over the final furlong. Ballesteros has a tendency to idle when he hits the front so Adam got him there just when he needed and they stayed on to win by a neck. 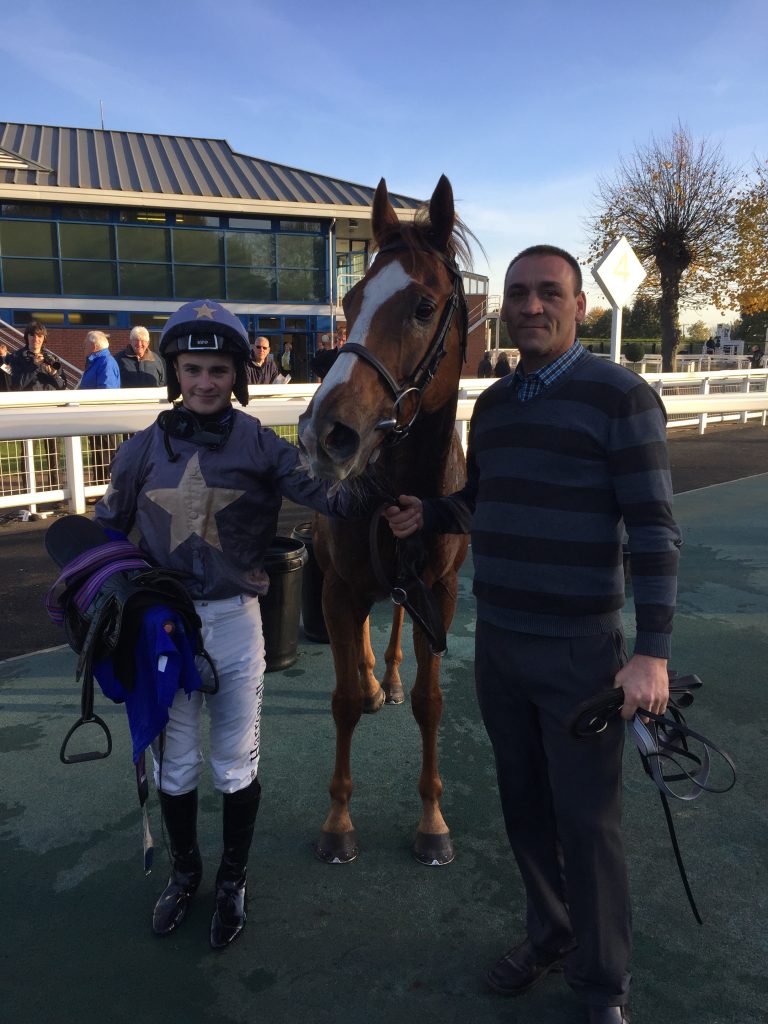 It was another great day for team Musley Bank with five winners. We won the opening three races on the card at Catterick and then went on on to have another two on the all-weather at Newcastle.

Brian The Snail made it two wins from two starts and he did it in impressive fashion. He tracked the leaders under Tony Hamilton but picked up the lead over half way. He was well clear of his rivals entering the final furlong and ran on comfortably to secure a seven-length victory. 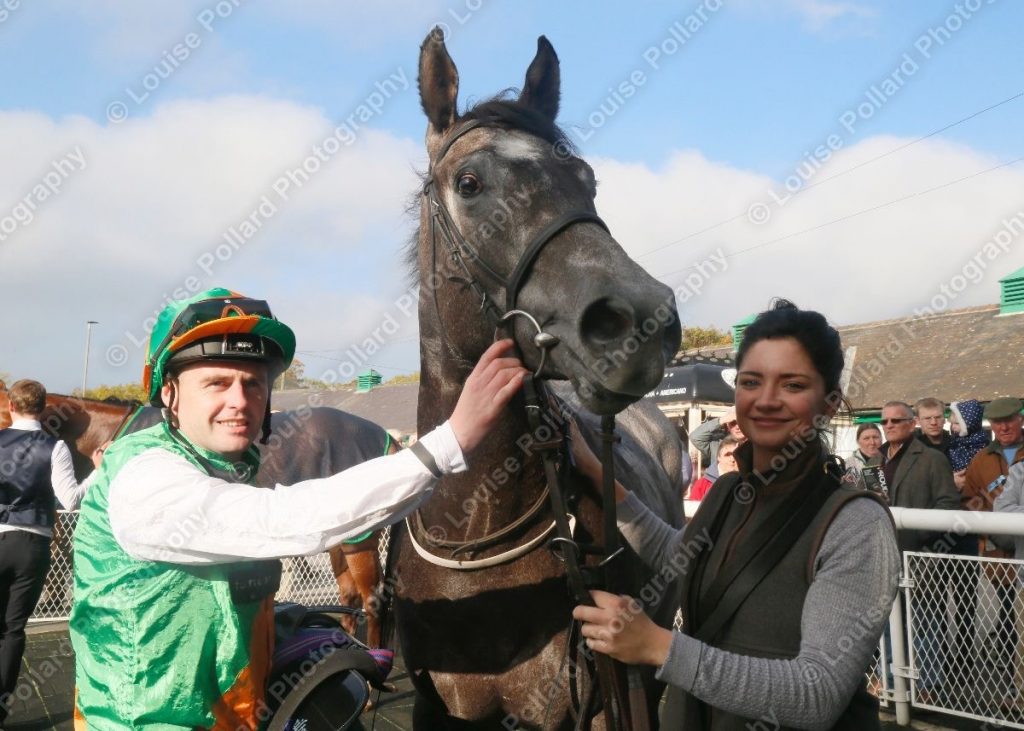 Apprentice jockey Natalie Hambling gave Royal Connoisseur a great ride to win his second race in a row and his fourth of the season. They have a good partnership, Natalie was in the saddle last time and she bounced him out of the stalls and was always prominent. She challenged for the lead as they approached the final furlong and they stayed on strongly to win by half-a-length. 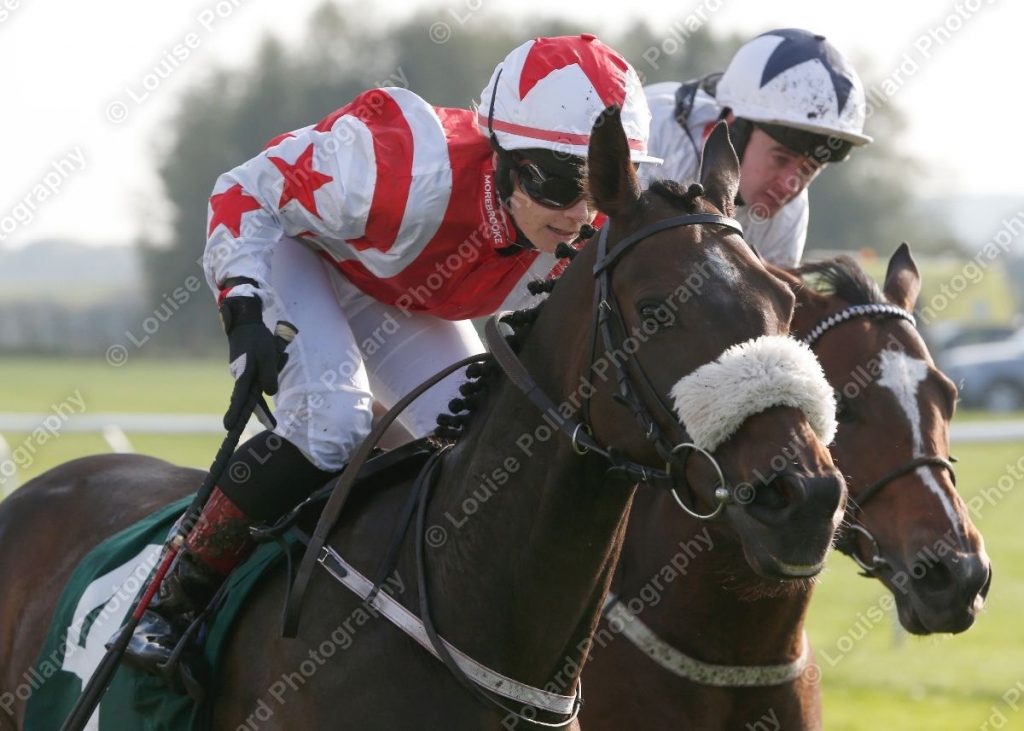 Ballesteros picked up his first win of the season after several placed finishes. He showed a great attitude under jockey Adam McNamara to battle with Apricot Sky over the final furlong and get up and win by a neck. 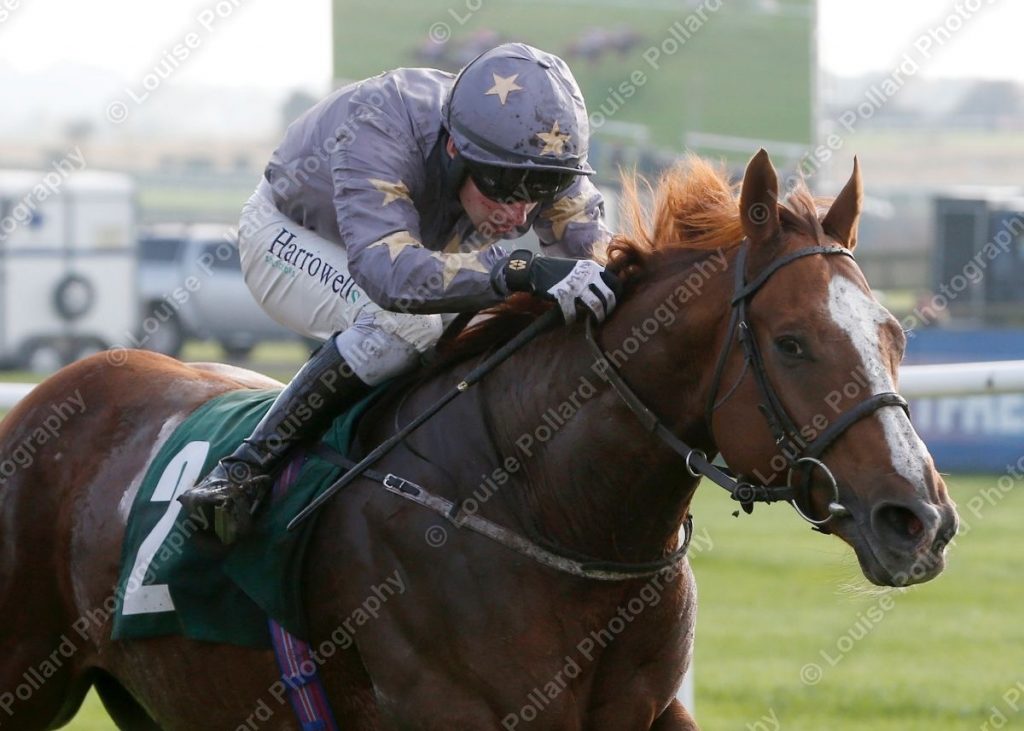 Adam then travelled to Newcastle and it was worth the journey as he partnered Rashford’s Double to success. The two-year-old Zoffany colt won over course and distance earlier this month and was sent off the short priced favourite. He justified those odds winning by three-lengths under a hands and heels ride. 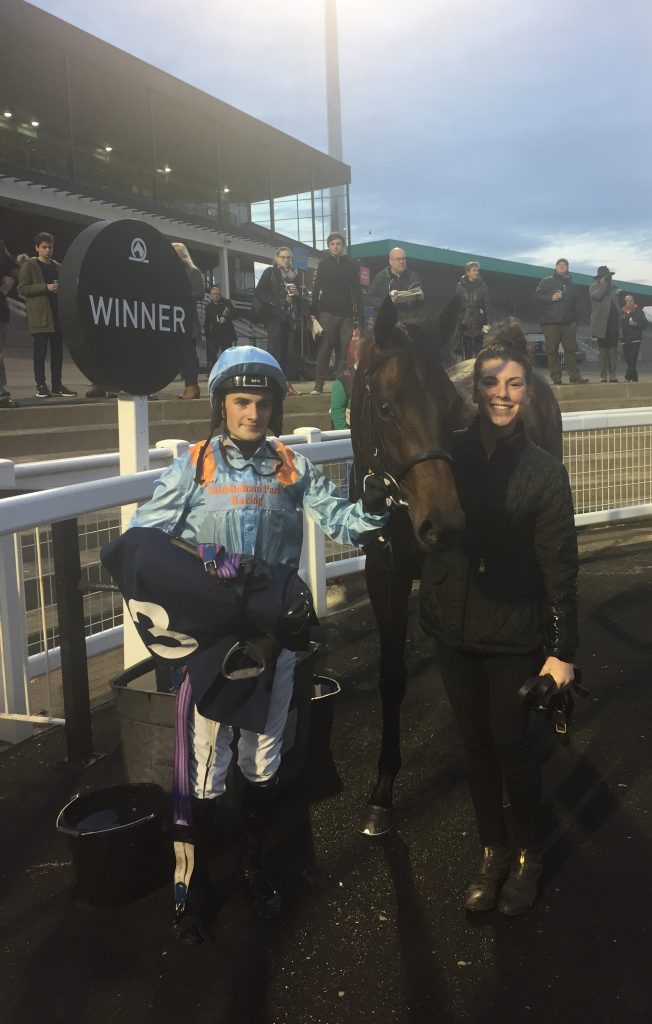 Spin Doctor finished off a fantastic day and it was brilliant to see her win as she’s a filly we have always liked. She was given a great ride by jockey Paddy Mathers who settled her towards the rear of the field. They made headway over the final two furlongs and challenged for the lead inside the final furlong. She had to battle with Harome all the way to the line and got up to win by a head. That victory sent us over the £3m pound mark for the season which is a fantastic achievement, thank you to all of our staff and owners! 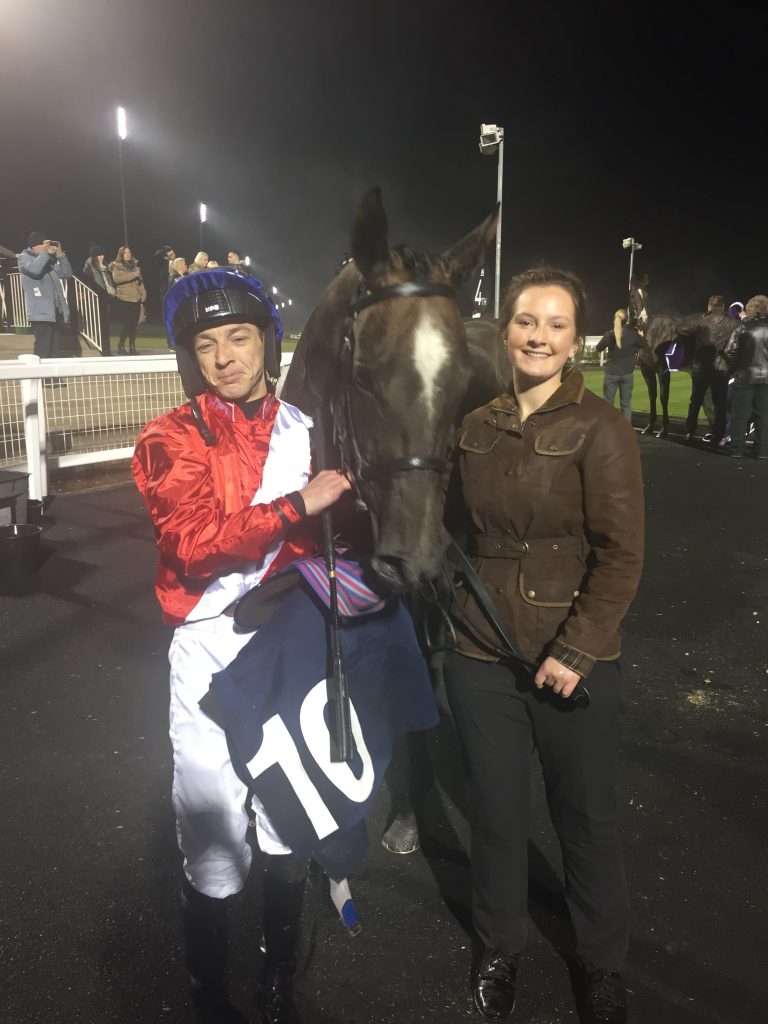 We're still on a high from Ventura Diamond's run in the G1 Champions Sprint yesterday! 💎 To finish 7th in a race of such high quality was superb and it was wonderful to have so many owners at @Ascot showing their support for her! 😍 #TeamMPR 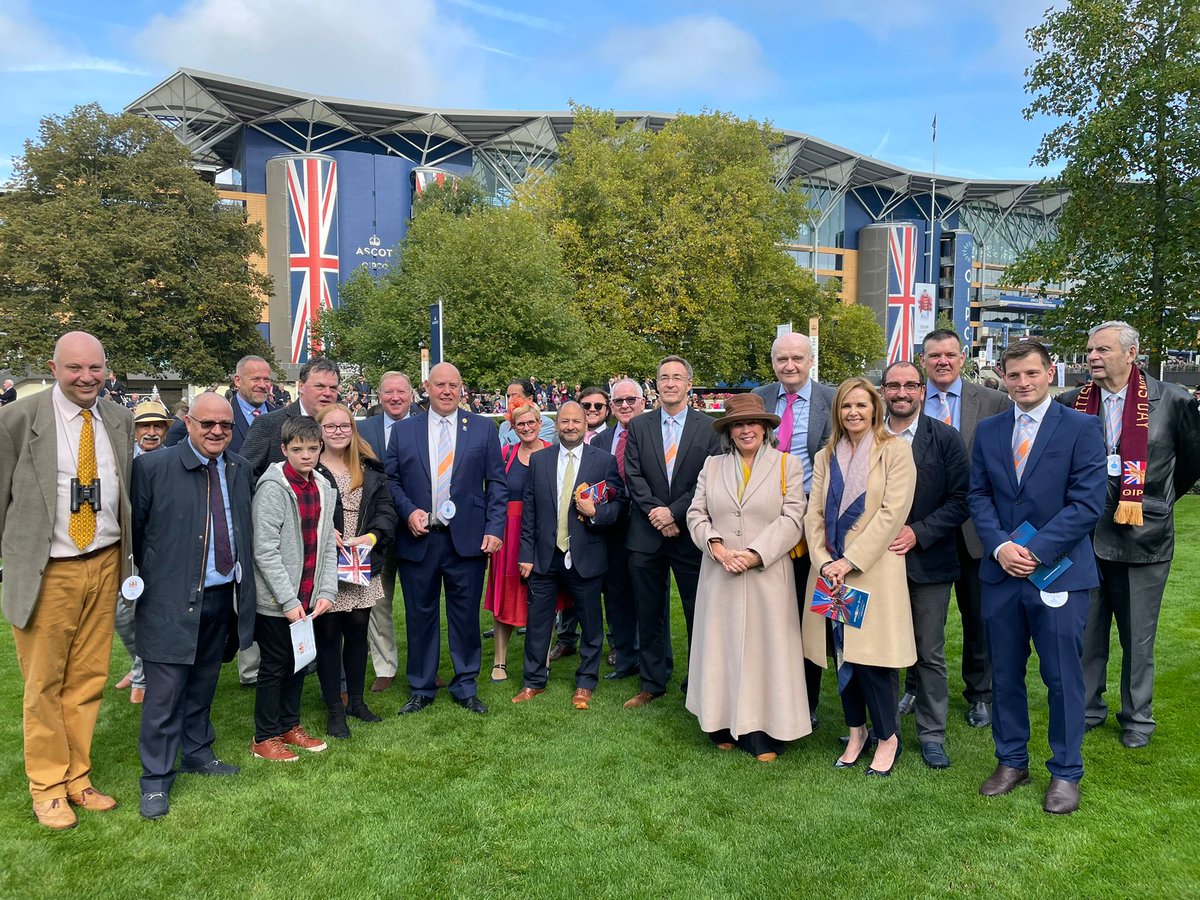