Masterpaver has been a really consistent horse since joining us and it was great to see him win again. He tracked the leaders in third under jockey Adam McNamara and challenged approaching the final furlong. When he took up the lead he kept on well to win by two-lengths. The late Mr and Mrs Riney would have loved to have seen him win. 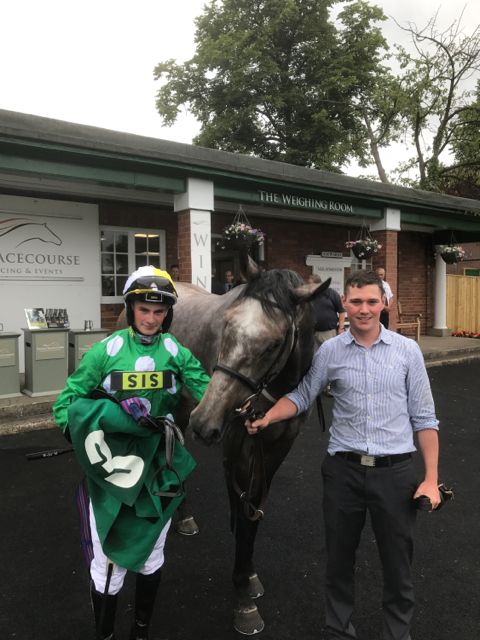 Masterpaver notched up his second win of the month but during the race it didn’t look likely. He was held up towards the rear by jockey Tony Hamilton and when they went to challenge a couple of furlongs from home they ran into a wall of horses. He’s momentum got stopped three times and Tony had to come wide to finally get a clear run. Masterpaver clearly wanted to win flying down the outside to win by a neck. 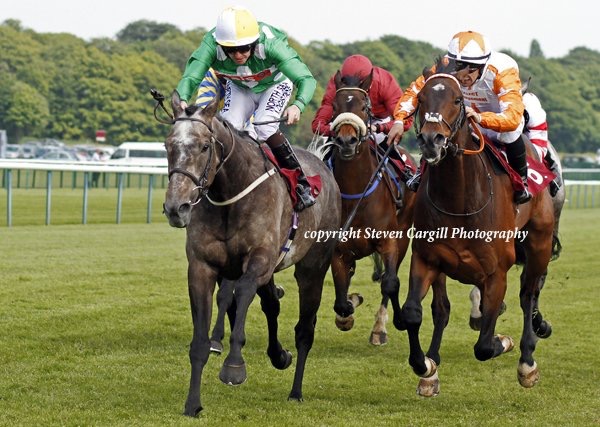 It was great to have a Friday double and finally have some luck for owner Dr Marwan Koukash but we were also very worried about Sammy Jo Bell. Sammy was unseated when Royal Duchess reared up and fell on top of her on the way down to the start for the seven-furlong handicap at Carlisle. Sammy was taken to hospital where scans showed she suffered a fracture to her pubic bone. She’s in a lot of pain and will be out for up to six weeks but we are very thankful as it could have been much worse.

As a result of Sammy’s fall Rachel Richardson picked up the ride on Frap. She gave him a patient but confident ride and held him up at the back of the field. They started to move past the rest of the field inside the final furlong and as they hit the front they battled to win by a head. As soon as Rachel finished riding she went to make sure Sammy was ok at the hospital. 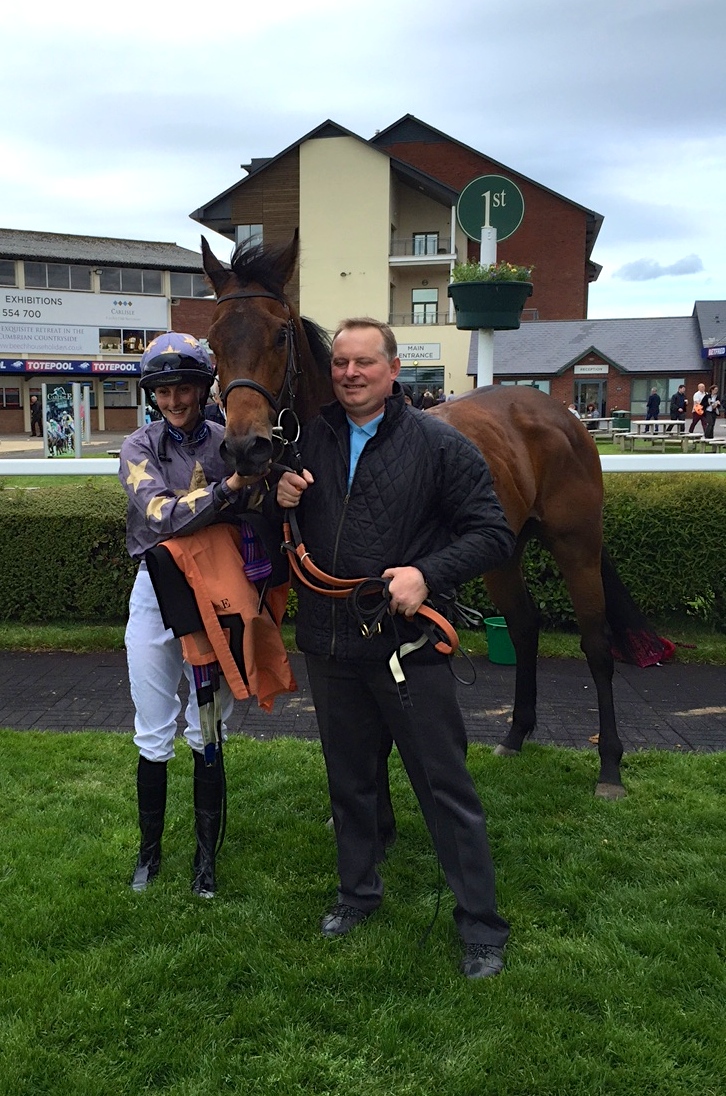 Masterpaver then got his first win on the turf at Haydock. He hadn’t won since November 2014 but Richard thought a change of surface may just do the trick and he was right. He made all under apprentice jockey Gary Mahon and was joined for company over three furlongs. He showed a good attitude and ran on inside the final furlong to win by two lengths.