Our good record at Windsor continued when Flowing Clarets picked up her second win of the season. She tracked the leaders under jockey Paddy Mathers and took up the lead over the final two furlongs. She did hang left inside the final furlong but had enough ability to stay on and win by a comfortable length-and-a-quarter.

We then doubled up at Pontefract and Lucky Mistake finally got his head in front after finishing second on four of his six starts. He was always prominent under jockey Tony Hamilton and the pair hit the front over the final two furlongs. He was challenged by Benjamin Thomas over the final furlong and the pair battled all the way to the line – Lucky Mistake winning by a head. 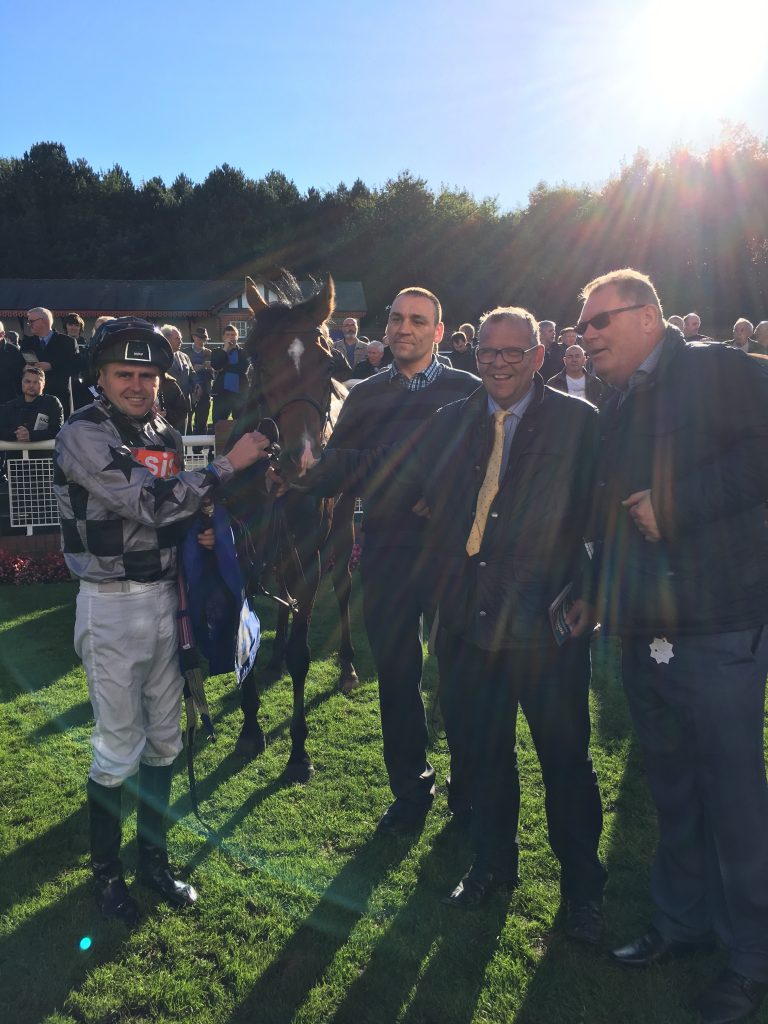