Garcia just seems to be getting better. He’s now won three in a row and once again showed that determined attitude to win the Haydock Silver Bowl. The field was taken along by Above N Beyond and the rest started to put on some pressure over the last two furlongs. Garcia had to fight hard to get the better of Richard Hannon’s Chief Whip but they got up to win by a head. It was also a winning return for jockey Paul Hanagan who had had a couple of weeks off with a virus. As always there were plenty of members from the Highclere Racing syndicate there to clap Garcia back into the winners enclosure. 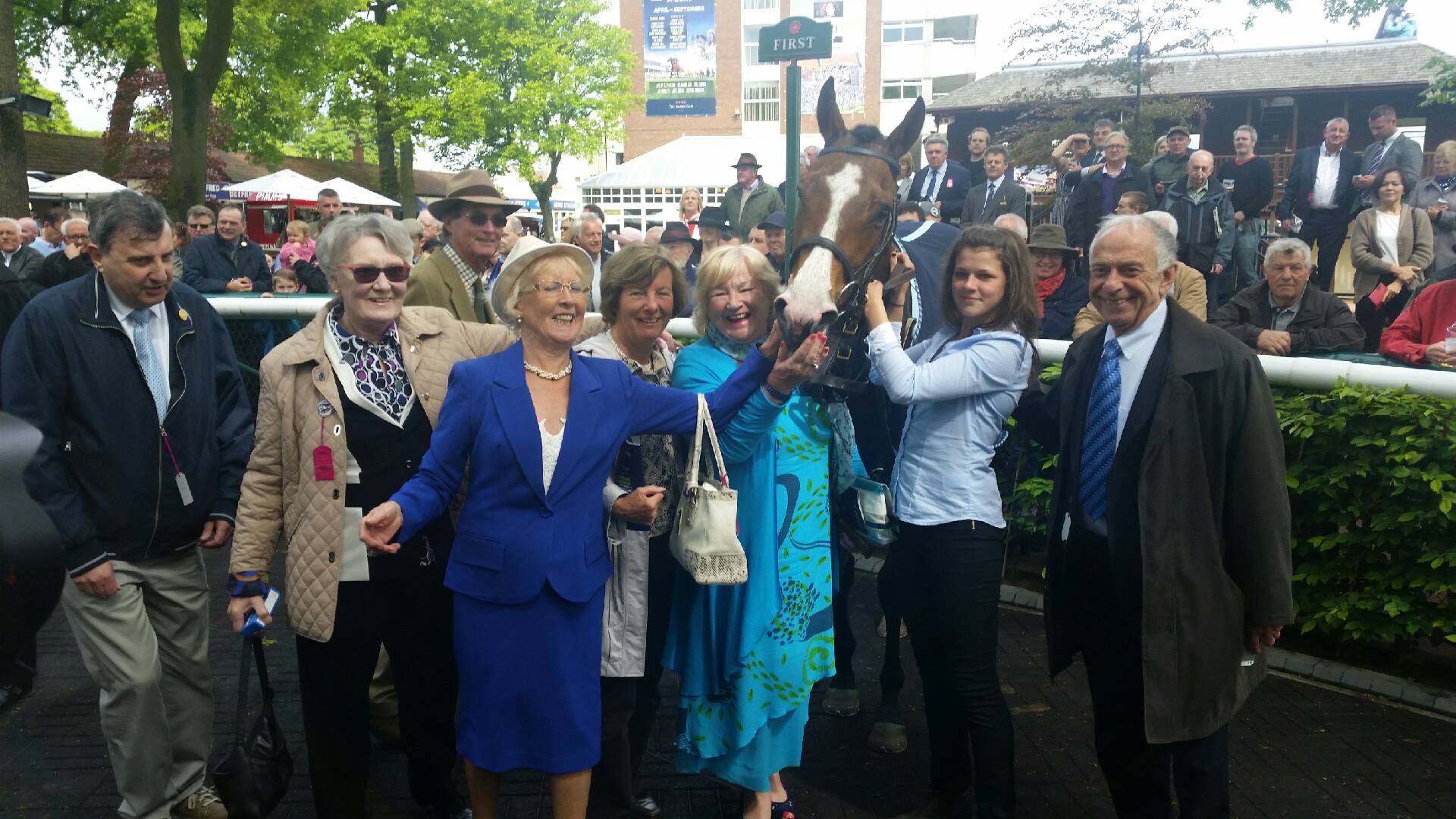 Garcia showed a fantastic attitude to win at Beverley on only his third start. He was gelded after his first run and went on to win at York last season. He’s much more relaxed but having only had two previous starts he’s still learning. The race at Beverley, the Queen’s Own Yeomanry Handicap was a competitive one but he battled for victory. He was slow out of the stalls but soon made up ground and was in the perfect position under Tony Hamilton on the rail. In the home straight Tony spotted a gap and took his opportunity to make his move. Garcia responded but he was very green and still clearly learning. Despite that he battled with the favourite Arab Poet and Garcia got the better of his rival to win by a length-and-three-quarters. 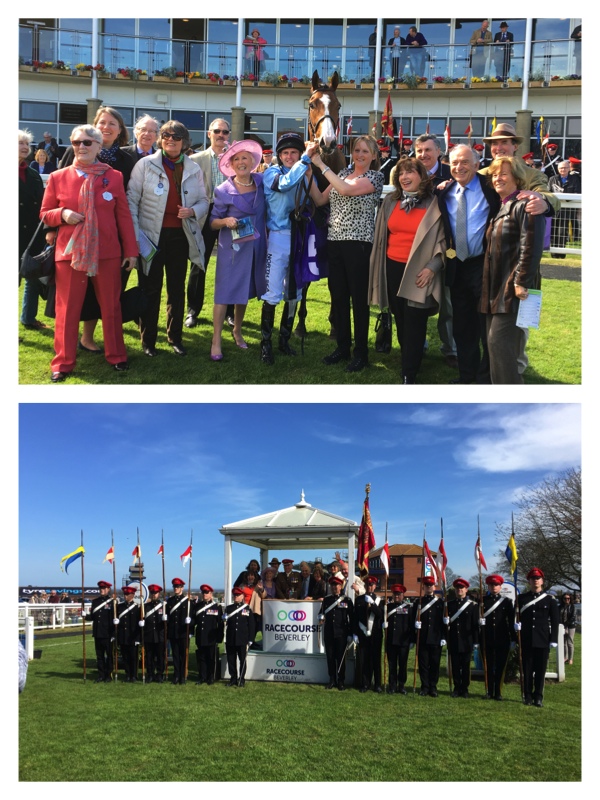 There were lots of the Highclere Pelham syndicate there to welcome him into the winners enclosure. We also had a special winners presentation with a Yorkshire Squadron of the Queens Own Yeomanry there to celebrate the Queen’s 90th birthday. 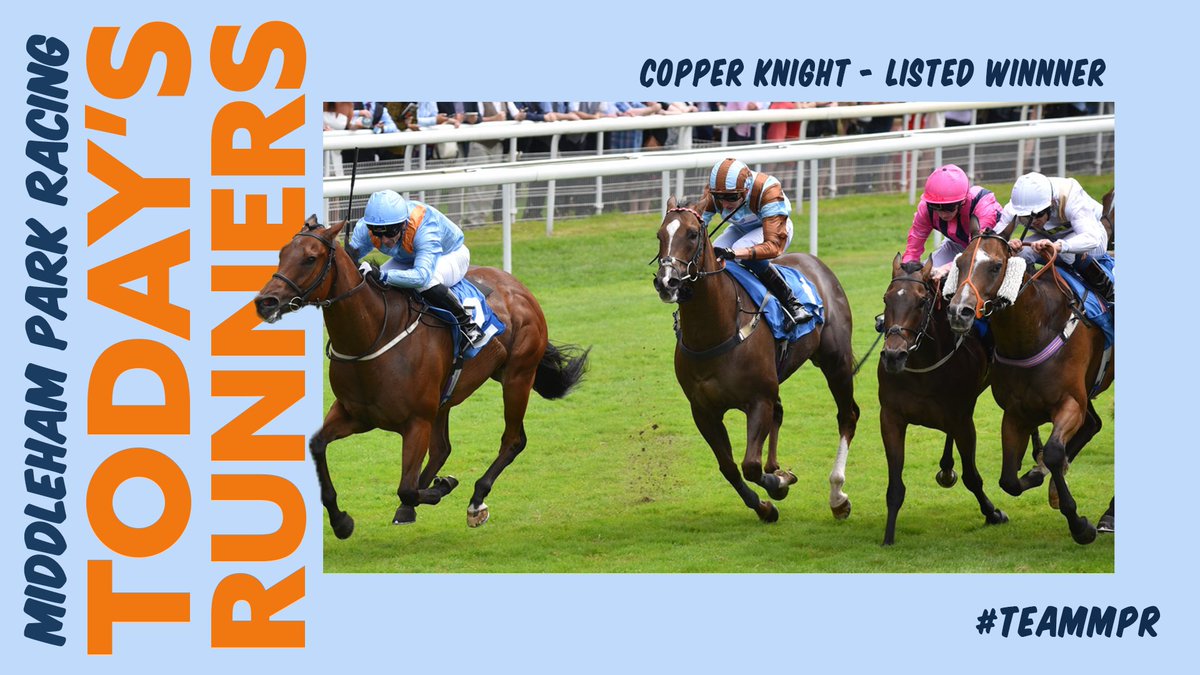 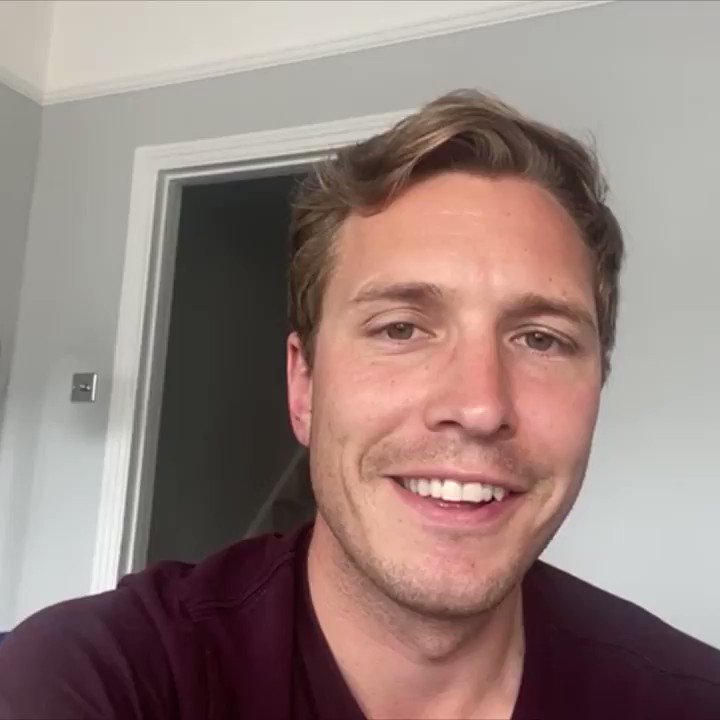